Sold at auction in June 2010 for USD $2,500 is this fine hand drawn design of Elvis' karate logo on Elvis Presley stationery. 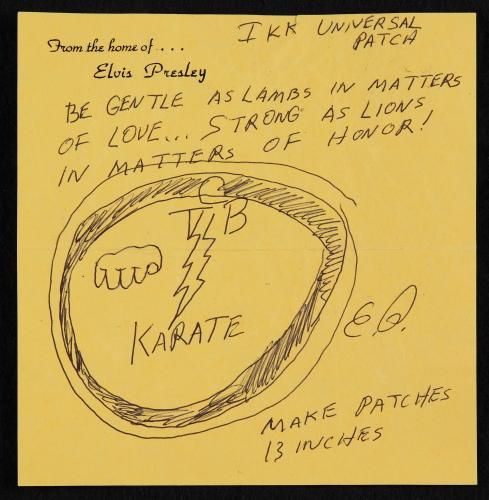 Reads in part, "Be gentle as lambs in matters of love...strong as lions in matters of honor!" The Elvis Presley Graceland store sells merchandise with this same drawing and phrase. Elvis is said to have begun studying karate in 1959. He studied and practiced reaching a 7th degree black belt. Elvis also worked to incorporate karate into his films as first seen in "Blue Hawaii" (Paramount Pictures, 1961). 5 1/8 by 5 inches