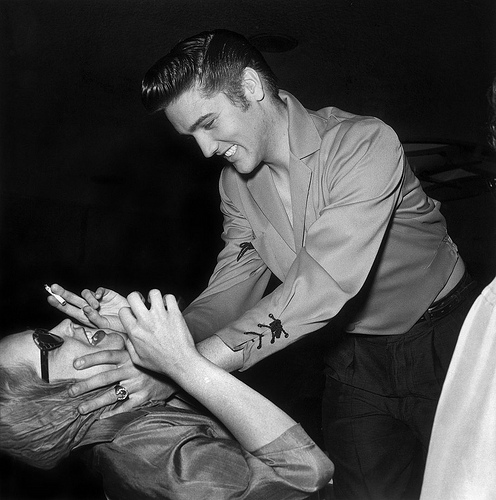 Get ready to meet the “Rock and Roll Romeo” – Elvis Presley.

Presley, who has American mums and dads really worried about the effect his singing has on their teenagers, is due to hit these shores in a few months. The backwoods boy is described as “the poor man’s Johnnie Ray.”

But Johnnie’s exhibitionism has never aroused the incredible hysterical scenes that greet this imitator. One girl carved her name four times on her arm with a knife. Another kissed a reporter’s fingers because he said he had shaken hands with her idol.

Unlike most other objects of teenage worship, Presley freely admits to his many romances.

He is a man who speaks his mind, so he shouldn’t mind if I speak mine. His latest disc – “Blue Suede Shoes” (HMV POP 213) – strikes a new vocal level. Mr. Presley has a very good ear – for putting cigarettes behind!