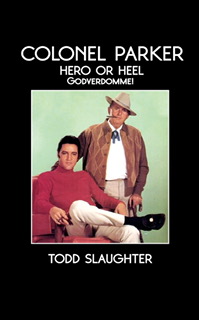 June 24th sees the global release of the movie "Elvis" with Tom Hanks as Colonel Tom Parker. Was Elvis' legendary manager a villain or a victor when it came to looking after the world's greatest super-star? The true story is told in Todd’s new book  “Colonel Parker, Hero or Heel”.

As you may know, as president of the Official Elvis Presley Fan Club Todd Slaughter knew Colonel better than anyone else in the UK, and, for the first time, his little book reveals the conversations and correspondence he shared with Parker over two decades. The deals, difficulties, the millions of dollars lost on the spin of a wheel and his investments in a Dutch pirate radio station. 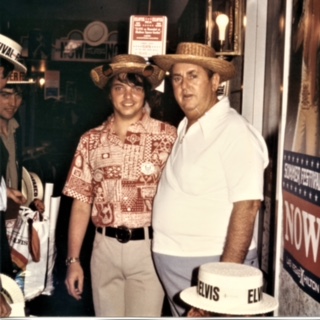 You will learn about his six-month stay in the UK before travelling to the USA from the port of Liverpool aboard the RMS Carinthia to New York, though he got off in Boston when the Post Office unloaded the mail. His early life in carnivals before promoting Country Music stars across the Southern States. His visit to Australia, and his generosity to those who helped him when times were tough. He was a millionaire before he met Elvis and to give him 100% of his attention his other acts were no longer managed by his “All Star Shows” business.

Todd Slaughter says, “Yes, there are certain things that Colonel arranged for Elvis which were detrimental to Elvis’ career. There were business dealings that no doubt favoured the Colonel’s bank balance and, on the surface, could be and were judged not to be to Elvis’ advantage. His mistakes with Elvis in later life were considerable and though a good friend to both me and the British fans, he cannot be exonerated for his lack of tenacity at that time.”

In the UK during the late 1950s and early 1960s the British music industry, anxious to share in the successes of Elvis Presley, Bill Haley and Johnnie Ray, created its own cluster of domestic pop acts. Tommy Steele, Marty Wilde, Billy Fury and Cliff Richard were initially mirror-images of the American style of performer.  With American TV showcases of US artists not screened in the UK due to product placement advertising, pop fans had to reply on Radio Luxembourg to launch new talent. 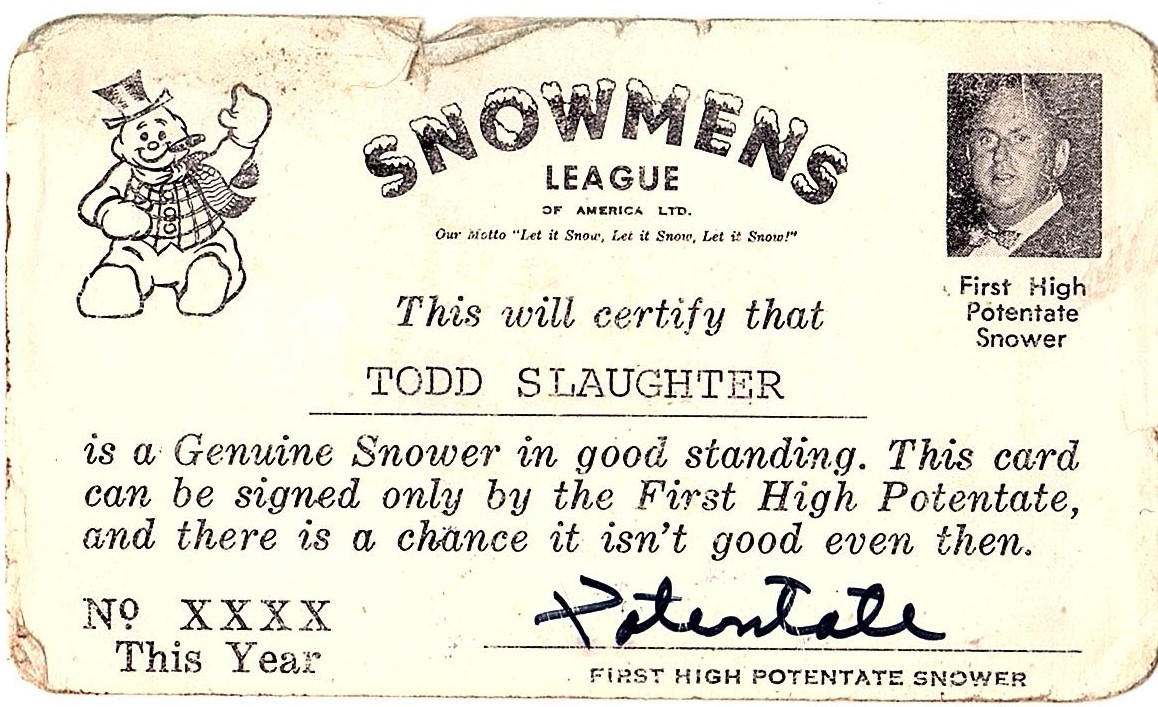 Fans hungry to see and hear our British stars spent as much as they could afford. Money poured in from concert tours, cinema ticket sales, record royalties, TV and radio show fees. But overall, however, income didn’t get further than the bank accounts of managers and promoters.  Chart topping acts were paid “wages”. While Colonel Parker was negotiating deals for Elvis to receive $10,000 a week, Billy Fury was getting £30.00 from his manager, Larry Parnes. And Elvis’ seven minute appearance on the Frank Sinatra Television show netted Elvis a massive $175,000, twenty five thousand dollars more than Sinatra’s fee.

Most American people would not identify the Dutch language, so they can be excused into thinking that its guttural throaty sound could be confused as being German. Many of the people who worked for Elvis thought that Colonel’s twang indicated a Germanic ancestry.

Parker’s brother, Ad van Kuijk, visited him in Los Angeles in 1961 and was introduced by the Colonel to Elvis as being his brother. Surprisingly, the story was not picked up by the American press until after Elvis’ death, although Dutch fans travelling with us to see Elvis in Vegas in 1972 spoke to Parker in their native tongue.

Parker’s vocabulary was confusing at the best of times. He spoke Brabantian, a colloquial Dutch language used by a quarter of the population of Holland, which he embellished with bits of German, a little Yiddish, some French and Cant, an American version of Parlyaree; a fairground workers secret language, understandable by no one other than fellow carnies. On one occasion, he spoke to Todd in “Cant,” an undiscernible gobbledygook of noises and perfunctory mannerisms. He roared with laughter after delivering a diatribe of what appeared to be a bunch of verbal nonsense.

The real facts of the relationship between Elvis and his big boss man are so different from what has previously been written by those who never met this dynamic Dutchman. Backed up by photographs, illustrations and personal letters, “Colonel Parker: Hero or Heel  - Godverdomme!”, is the nearest book that gets to the truth about a man who these days is often confused as the guy who invented Kentucky Fried Chicken.

Buy it now from Amazon, where you can also  “look inside” and see the first chapter of this revolutionary written work. 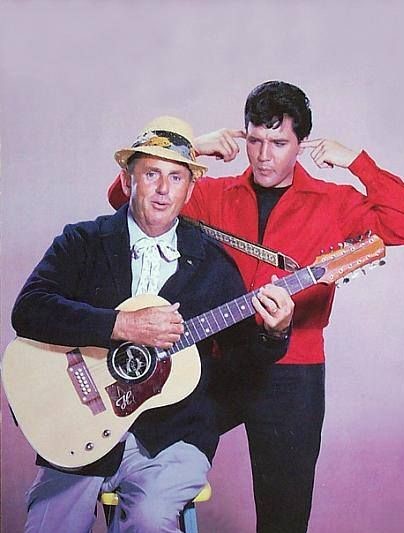